Napoleon on Board the Bellerophon, by Sir William Quiller Orchardson I opened this series of posts with the following summary: I recently concluded one of the more unusual, least sensible and most time consuming things I've done in this hobby: I and ten friends refought the Waterloo campaign via a play-by-email kriegsspiel game. It took over a year, and if you take one thing away from this series of posts, it's not to do what I did. This remains true, but in this post we'll look more deeply into what went well, what didn't, and how (if at all) you might run something similar. This is post seven in a series of seven; the others are: Campaign Overview Turn Zero (14th of June) Turn One (15th of June) Turn Two (16th of June) Turn Three (17th of June) Negotiations (18th of June) Aims and Objectives I said in the campaign introduction that I really wanted to focus on the free-form nature of the campaign, and the opportunities for the fog of war to influence proceedings. In
Post a Comment
Read more 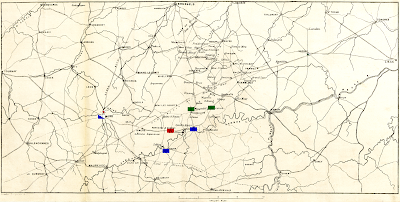 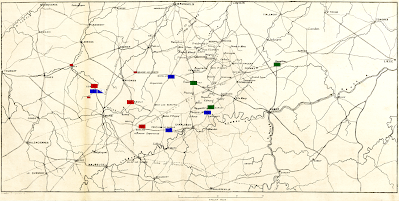 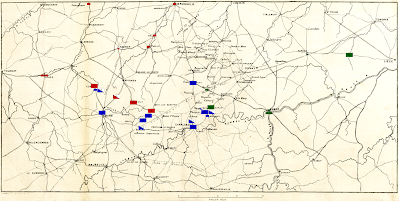 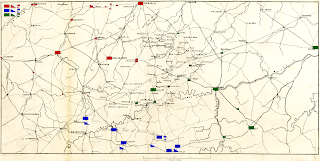 The Waterloo Kriegsspiel: Turn One (15th of June) 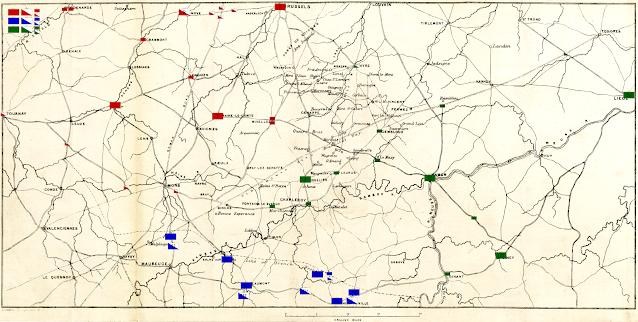